Read the most recent Center for Bio-Inspired Energy Science (CBES) news below, and subscribe to our newsletters to stay informed about what is happening at CBES. Stories from previous years are available in our News Archive. 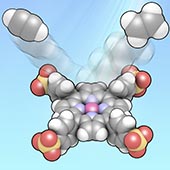 CBES researchers have taken inspiration from plants to revolutionize the way an important industrial chemical is made. In a first for the field, the team used light and water to convert acetylene into ethylene, a widely used, highly valuable chemical that is a key ingredient in plastics.

While this conversion typically requires high temperatures and pressures, flammable hydrogen and expensive metals to drive the reaction, the new photosynthesis-like process is much less expensive, less energy intensive and has a greater selectivity for ethylene. CBES senior investigator Emily Weiss was the corresponding author of the paper and CBES director Samuel Stupp was a coauthor. 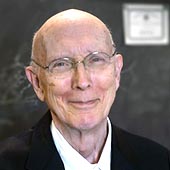 CBES senior investigator George Whitesides has received the 2022 Kavli Prize in Nanoscience along with Jacob Sagiv, Ralph Nuzzo and David Allara for their work on self-assembled monolayers (SAMs) on solid substrates, “which enable unprecedented control and engineering of surface properties,” according to the award committee.

“Their work transformed surface science and has led to applications shaping our daily lives in areas from medical diagnostics to semiconductor devices,” the committee wrote. Whitesides was specifically recognized “for leading the development of multiple applications and innovations of SAMs, in particular the invention of patterning of, with and using SAMs.” 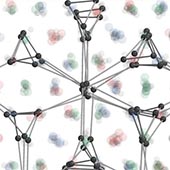 Nanostructures break away from symmetrical designs

In work led by CBES senior investigators Chad Mirkin and Sharon Glotzer, researchers demonstrated how complex crystals that mimic metals can be achieved with a new approach to guiding nanoparticle self-assembly.

Rather than just nanoparticles that serve as “atom equivalents,” the colloidal crystals produced by the team rely on even smaller particles that simulate electrons. The research yielded three complex, low-symmetry structures, including one called a triple double-gyroid that has no known natural equivalent. 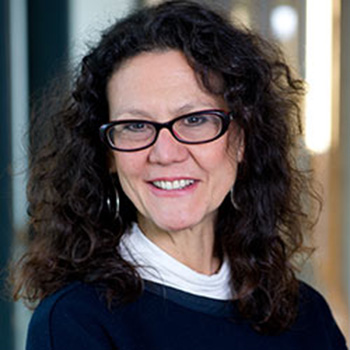 Led by CBES deputy director Monica Olvera de la Cruz, a team of researchers observed a classical system that exhibits a transition between insulating and conducting states. The group hopes this will accelerate the development of safe solid-state batteries, with the usage of metallizable colloidal crystals for future prototypes.
Press: 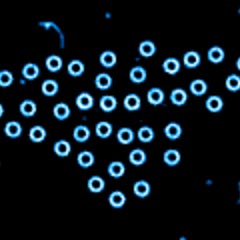 CBES researchers led by Kyle Bishop and Monica Olvera de la Cruz have demonstrated the use of DC electric fields to drive back-and-forth rotation of micro-particles in electric boundary layers. These particle oscillators could be useful as clocks that coordinate the organization of active matter and even, perhaps, orchestrate the functions of micron-scale robots.

“Tiny particle oscillators could enable new types of active matter that combine the swarming behaviors of self-propelled colloids and the synchronizing behaviors of coupled oscillators,” Bishop said. “We expect interactions among the particles to depend on their respective positions and phases, thus enabling richer collective behaviors—behaviors that can be designed and exploited for applications in swarm robotics.” 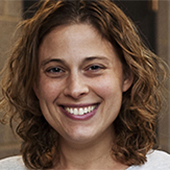 CBES senior investigator Danna Freedman has been named one of 11 finalists in the chemistry category for the 2021 Blavatnik National Awards for Young Scientists. Three winners — one each in life sciences, chemistry, and physical sciences and engineering — will be announced on July 20. The awards honor outstanding faculty-level scientific researchers and engineers age 42 and younger.
Press: 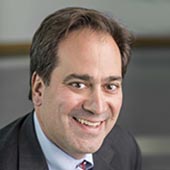 CBES senior investigator Chad Mirkin has been named the winner of the Royal Society of Chemistry’s de Gennes Prize, which celebrates the most exciting chemical science taking place today. Mirkin won the prize for contributions to supramolecular chemistry and nanoscience, in particular the invention and development of methods for nanolithography, high-area rapid printing, and photocontrol in nanoparticle synthesis.
Press: 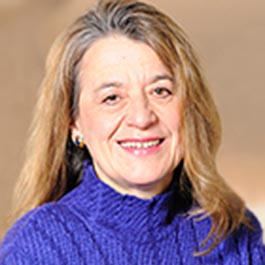 CBES senior investigator Anna Balazs has been elected to the National Academy of Sciences in recognition of distinguished and continuing achievements in original research. Balazs, Distinguished Professor of Chemical and Petroleum Engineering at the University of Pittsburgh, is one of 120 newly elected members to the prestigious academy — including a one-year record of 59 women.

“Throughout her career, Anna has advanced the field of materials and computational modeling, and we are so proud that the National Academy of Sciences has bestowed her with this honor,” said James R. Martin II, U.S. Steel Dean of Engineering at Pittsburgh. “Her research has built the foundation for future materials and their use in ways that even only a decade ago were science fiction.” 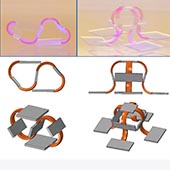 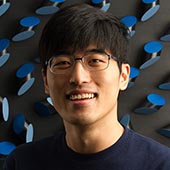